Hi, I'm Mary, and I’ve been writing since I was able to pick up a pen, starting with my first epic poem at age six (“My mom is very nice. She’s been that way more than twice.”) But as time went on, my childlike love of words was drowned out by “practical advice” from others who told me that writing was a great hobby, but not something that you make a living at (unless you enjoy starving).

Over the years, I proceeded to work a variety of day jobs ranging from corporate cube farms to show-up-in-sweat-pants mom and pop shops. They all paid the bills, but none of them filled my heart. (They did, however, fill my creative reservoir with more characters and you-can't-make-this-stuff-up moments than I'll ever be able to use.)

But I just couldn’t let go of my dream of making a career out of doing work that I love. So, in my off hours, I took on freelance writing projects as often as I could, developed screenplays and danced endlessly around writing a novel that had haunted me for decades.

But the status quo still had a hold on me. And my co-workers were only too happy to tell me of the aspirations they had sacrificed in the name of supposed job security. They were painters. Interior designers. Musicians. Even a perfumer.

But as each day passed, I saw myself in them more and more: a frightened creative, rubber stamping my dreams as “idealistic” at best and “unachievable” at worst.

Why can’t you just be content? Who are you to break away from the pack?

And then I remembered something Steve Jobs said to his team during a creative meltdown over their wildly unfocused product line after his return to Apple in the late 90s:

He eliminated all the extraneous products, cut the line down to four computer models and saved the company.

He decided what not to do. And it was time for me to make the same decision.

Since then, I have been happily working on everything from corporate video scripts and web content to editing jobs and marketing pieces. I also wrote and produced two short films (Anniversary and Waiting for Goodbye) and was honored to have them screen at several festivals, both in the US and England. And the novel that I was terrified to write? With the help of a killer story coach, Jennifer Blanchard, I finished the manuscript and Waiting to Wake was finally published.

I've always been a big believer in the power of gratitude to transform. But having received the gift of trading an inauthentic existence for one that is genuine has deepened my capacity to appreciate beyond measure. To devote myself to doing what I love. To be who I really am.

And that is, The Grateful Scribe.

Whether you work with me as a client, read my books or peruse my blog, I am here to support you in your own creative journey. By encouraging you, I encourage myself. Word by word. And I thank you for giving me that opportunity. 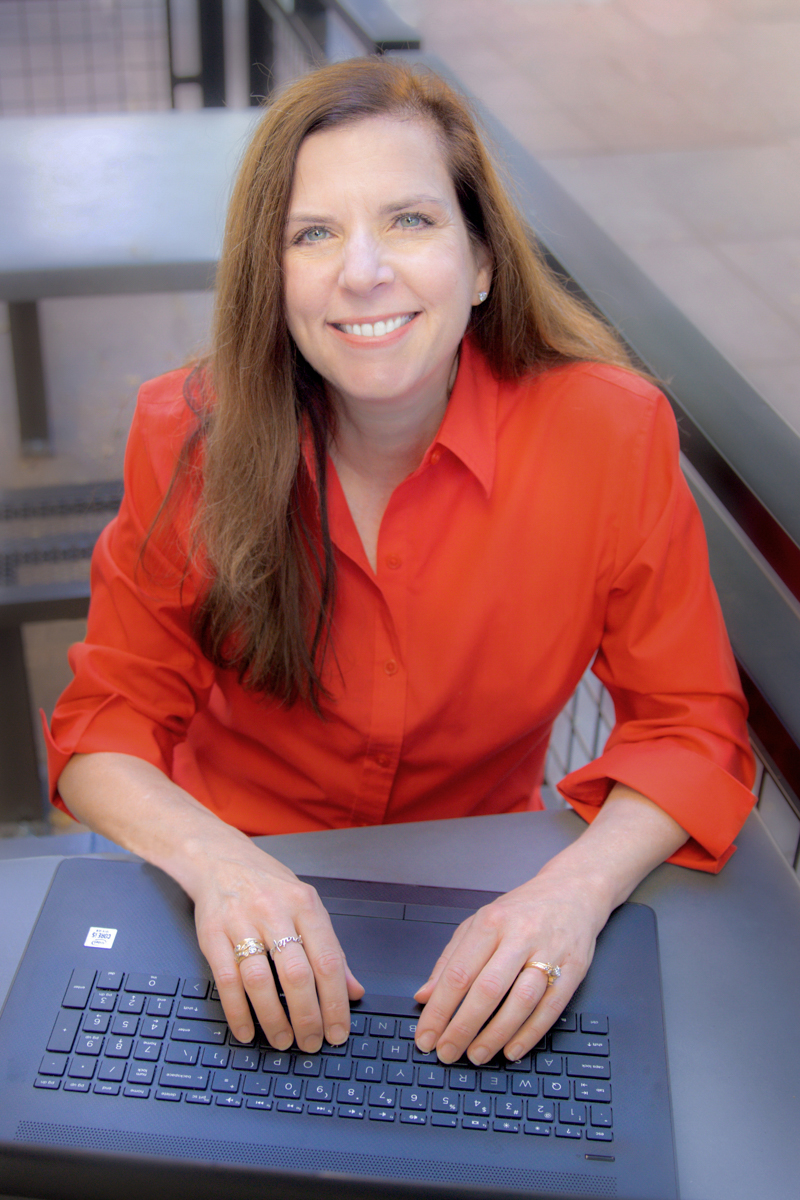 Whether you're reaching out on social media or connecting via correspondence, authenticity is key. I am passionate about making sure your voice is represented in a way that rings true to you and those you want to serve. I can help you:

How about making joy the new normal in your life? It’s easier than you think. Connect with me and I’ll send you my guide
HABITUAL HAPPINESS: 6 SIMPLE PRACTICES TO GET YOU THERE (GUARANTEED!)
You’ll receive emails from me once or twice a week. Unsubscribe at any time.

GET YOUR HAPPINESS HERE!

This website uses cookies to improve your experience while you navigate through the website. Out of these cookies, the cookies that are categorized as necessary are stored on your browser as they are essential for the working of basic functionalities of the website. We also use third-party cookies that help us analyze and understand how you use this website. These cookies will be stored in your browser only with your consent. You also have the option to opt-out of these cookies. But opting out of some of these cookies may have an effect on your browsing experience.
Necessary Always Enabled
Necessary cookies are absolutely essential for the website to function properly. This category only includes cookies that ensures basic functionalities and security features of the website. These cookies do not store any personal information.
Non-necessary
Any cookies that may not be particularly necessary for the website to function and is used specifically to collect user personal data via analytics, ads, other embedded contents are termed as non-necessary cookies. It is mandatory to procure user consent prior to running these cookies on your website.
SAVE & ACCEPT